The XXIX Congress of the Spanish Anatomical Society has opened its doors today at the Universitat Jaume I of Castelló with more than 130 attendees.

The inauguration was attended by Eva Alcón, rector of the Universitat Jaume I; Teresa Vázquez, president of the Spanish Anatomical Society; Francisco E. Olucha, director of the congress; Begoña Bellés, territorial director of Universities in Castelló; the councilor of the Castelló de la Plana City Council, Pilar Escuder; and the manager of the FUE-UJI, Gloria Serra.

The congress, led by the Area of ​​Anatomy of the Universitat Jaume I, will take place from September 15 to 17 and will feature 5 plenary conferences of internationally renowned specialists and 3 round tables in which the academic career, teaching will be debated and anatomical research.

The rector of the Universitat Jaume I, Eva Alcón, explained that the XXIX Congress of the Spanish Anatomical Society «opens as a space in which to share knowledge, experiences and reflection on the imminent challenges of anatomy, from expectations in the field from scientific research to the challenges in the teaching field and the training of anatomists, scientists and teachers ”.

Alcón has highlighted the high level of the different sessions and the speakers thanks to the work of the organizing committee, chaired by Professor Francisco Olucha, and the support of the Spanish Anatomical Society, one of the oldest scientific societies in Spain, which has been It has been continuously active for the last 75 years, but there are references to its activity already at the end of the 19th century.

Finally, he referred to "the importance of the implementation in the UJI of the Degree in Sciences of Physical Activity and Sport, studies in which anatomy constitutes a backbone", as well as the contributions from the Faculty of Sciences of Health in a state panorama with a level as high as the Spanish one.

Teresa Vázquez, president of the Spanish Anatomical Society, has shown her satisfaction “because we can once again strengthen ties and promote this specialty, anatomy, which we are all passionate about. I am sure that this congress will be a success and that we will all remember it for a long time ”.

"After many efforts we are inaugurating this meeting today, which will surely serve to carry out a deep reflection on the contributions that anatomy has made, is making and in the future can contribute to the resolution of crises like this one in which we are involved", he indicated Francisco E. Olucha Bordonau, president and member of the Scientific Committee of the congress and head of the Human Anatomy and Embryology area of ​​the Faculty of Health Sciences of the UJI.

Many professionals, mainly Anatomy professors, but also students, participate in this forum, which has the collaboration of the Castellón Provincial Council, the Peñíscola City Council and the Fundación Universitat Jaume I-Empresa in the organization and technical secretariat. The congress is sponsored by the Generalitat Valenciana, and the companies ELSEVIER, Scientific Anatomy Center, Editorial Médica Panamericana and Surgical Training.

More information and program on the web: www.fue.uji.es/anatomiacastellon2021 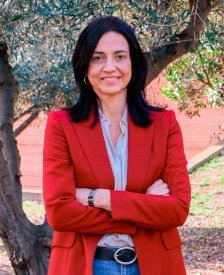