The governing bodies of the Universitat Jaume I–Business Foundation are the following:

The Trust. This is the supreme governing, representative, administrative and decision-making body of THE FUE-UJI. It meets in plenary sessions and as a permanent committee.

The plenary members of the Trust include the trust organisations that identify with the Foundation's purposes and goals, the members proposed by the Board of Trustees and appointed by the Rector of the Universitat Jaume I, and vice-rectors and lecturers of the University. [See composition]

The Permanent Committee is set up within the Trust in order to manage the Foundation's day-to-day business, expedite its agreements and deal with urgent matters promptly.

The Organisations Committee, made up of the trust organisations, has the mission of advising the Foundation and channelling the concerns of the business sector in order to strengthen the university–business relationship in areas such as research, career placement and technological innovation.

Mr. Carlos Cabrera Ahís (Head of the Permanent Committee)
All the trust entities 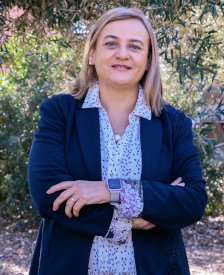