The Universitat Jaume I-Empresa Foundation and the British School of Vila-real (BSV) have signed a business collaboration agreement that includes those activities that both entities will implement in the coming months with the common goal of developing projects linked to the areas of internationalization, training, innovation and dissemination.

Carlos Cabrera, executive president of the FUE-UJI, and Rhian Cross, director of the BSV, have signed the agreement by which the Universitat Jaume I-Empresa Foundation and the educational center will implement actions to disseminate the activities of both organizations through conferences and/or forums open to the general public, as well as those that are understood to be of interest to citizens or especially appropriate to the socioeconomic development of the province. They will also collaborate in the organization of training and awareness-raising activities among the groups and target public of each of the entities. Another of the ways of collaboration will be the promotion of extracurricular practices and internationalization as a transversal axis in all the initiatives.

"From the FUE-UJI we are totally convinced of the importance of involving companies and entities of the province in the development of our University. Therefore, from the FUE-UJI we put ourselves at the service of the Universitat Jaume I and the British School of Vila-real, to start working on these concrete actions that will lead us to a scenario where we all add up," said Carlos Cabrera.

Rhian Cross expressed her conviction that "we are all presented with many opportunities, because the starting point for a positive and constructive union is to share values. I know that this alliance will have a positive impact on our community, we have many ideas to implement and it will also be a pleasure to work with a team as dedicated and professional as the FUE-UJI".

British School of Vila-real is an educational center belonging to the international group ISP Schools, committed to educational innovation. With a track record of 25 years, its educational model is fully consolidated. It is the only British, private, co-educational school in its province that offers all stages of education from Infant to Baccalaureate, from 2 to 18 years of age. BSV is part of the International Schools Partnership, one of the largest educational groups in the world, with more than 56 schools and 50,000 students in 16 countries. The school combines the best of British education with international programs, meeting the requirements of the Spanish Ministry of Education and the British National Curriculum. With the 'International Primary Curriculum' it enriches its curriculum with a more international dimension.

The FUE-UJI is an institution included in the public sector with the consideration of own means of the Universitat Jaume I that was created to give content to the commitment to collaborate with the UJI in the promotion and promotion of activities related to lifelong learning, the promotion of the transfer of research results, actions to promote the employability of graduates and the improvement of the potential of companies and economic and social sectors of Castellón. 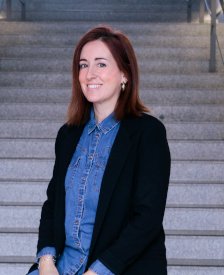